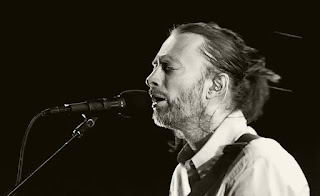 In early April of 2017, I discovered, Radiohead was coming to Seattle, close enough for me to attend.
I was willing to spend up to $100 per ticket, drive the eight hours with three other family members, wife, son, his girlfriend, cross the border (which is no small feat these days) and stay in a hotel for at least one night.
We were even thinking of staying two nights and catching the Mariners opening day.
But I can't get tickets.
I couldn't get tickets within seven minutes of them going on sale.
I know it was seven minutes until sell out, but it could have been less.
Damned ticketmaster.ca simply didn't work.

The reason is: Ticket Resellers.

In the old days, when I was young (the old days is now the 80s, which is actually pretty funny) if one wanted to go to a concert, for example U2's Joshua Tree tour, one stood in line (or camped overnight) at one's local ticket reseller. This would occur in large and small towns all over and EVEN THE SCALPERS had to stand in line to get their tickets. As the tickets came on sale and everyone bought them, the line would move forward, you'd get your turn and usually you'd get your tickets.

These days, companies like StubHub buy up tickets, sometimes in presale and ordinary internet schlubs like myself can only get tickets when lucky. (I have succeeded in getting tickets in the recent past, to Muse, for instance.)

When StubHub was the only ticket reseller, this wasn't as large a problem, for instance, I think StubHub was only able to procure about one thousand tickets for my Radiohead show.
Tickets were originally $80 + ticketmaster fees. So that's $80 to Radiohead.
StubHub has tickets starting at twice that.
Good seats are at least quadruple that.
If you would like to read about StubHub, ticket reselling and the legalities of such, here is a good article.

Now here's the philosophical part, that article about ticket reselling, other articles about it and the legal statements of StubHub and other resellers all say the same thing: "StubHub believes it charges a fair market value for its tickets as concert tickets are notoriously undervalued."

This means that everyone has changed their minds about what a concert ticket is and made it a commodity to be traded. I can't have a Radiohead ticket at $80 because that is obviously too low. $300 is much more reasonable. On this point they may be correct, after all I think I paid $50 to see U2 thirty years ago. However this is not my beef.

Imagine I set up a ham reselling shop beside my local butcher's shop. Every day I go into the butcher's shop and buy all his ham. I take that ham to my shop, quadruple the price and resell the ham. If you can get into the Butcher's shop before me, you can maybe buy some ham at a reasonable price that compensates everyone who had any part in bringing you said ham. If you can't and you want ham, you're gonna have to buy mine. Your response to this is, "Well, that ham was too cheap in the first place."